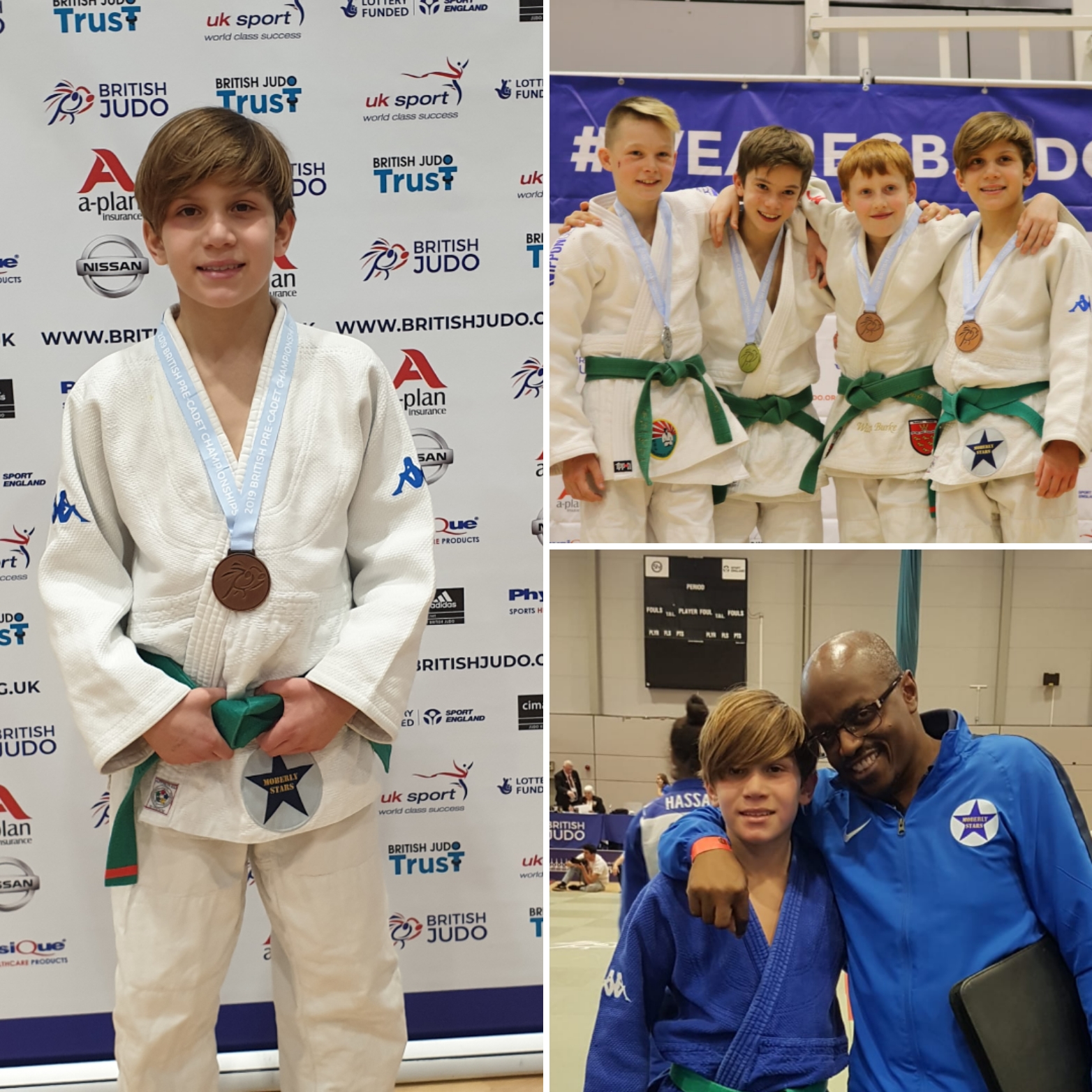 Moberly Stars at the Pre Cadet and Cadet Nationals 2019

It proved to be one of the hardest and frustrating Cadet and Pre-Cadet National Championships for the Moberly Stars this year. A very large and capable squad were left ruing missed opportunities for podium finishes. However, Oliver Almond, made it a third year on the podium with a fantastic bronze medal in the cadet u46k. Losing his first contest seems to unleash his real fighting spirit and he battled hard to claim his reward. In the Pre-cadet boys, Luca Veras won his 2nd National medal with an excellent bronze medal in the u42k. He was in fantastic determined form just losing out in the semi-final but claiming his medal with two great throws. It was a humbling experience for the rest of the team, with Omar (u50k C) and Myeisha (u44k PC) both having to settle for 5th places. It was a 7th place for Liam (U50k C). Daniel was extremely unlucky in the largest group u66k (48) cadet with a 7th place, and Dinari was 9th (u55k). The rest of the team will have learned from this experience to return stronger next time. Ali, Oliver, Sacha, Kyle, Kamal, Alex, Corey and Kadan.