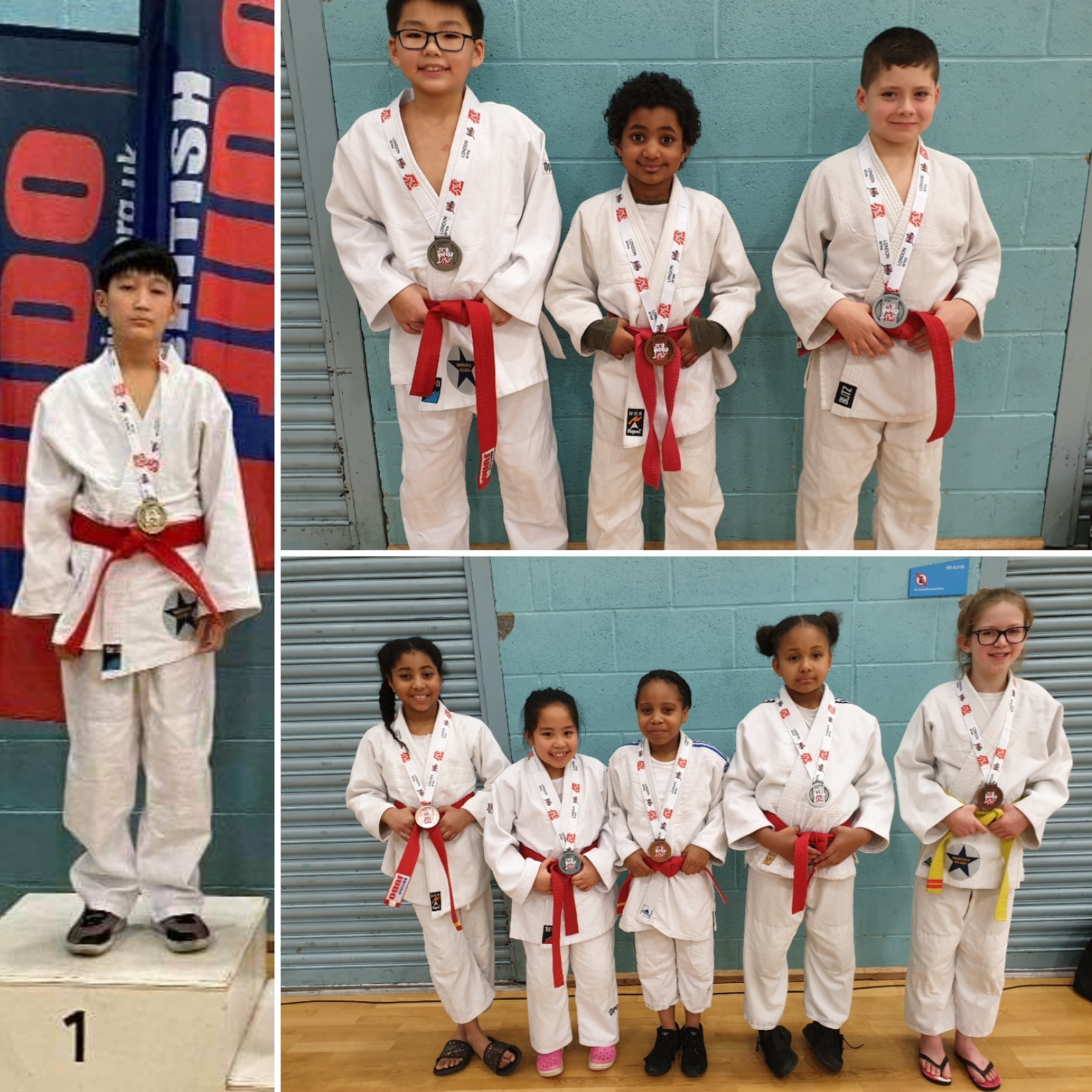 Well done to the Moberly Stars that took part in the London Area Development event at UEL on Saturday. Another well run event from the London area for Novice to 9th mons.
Gold was won by Tuugi competing in only his 2nd tournament, showing great fighting spirit and determination. Taking part in their first red belt event, silvers were won by Joanne Capacia and Ochir Griffin. Both Abdullah and Deborah were in great form but just missed out on winning gold, settling for silver in their categories. Bronzes were won by Micayah, Ruqayah, Isabella, Yahya and Cian.

No Comments to "Moberly Stars at London Area Development event 2020"