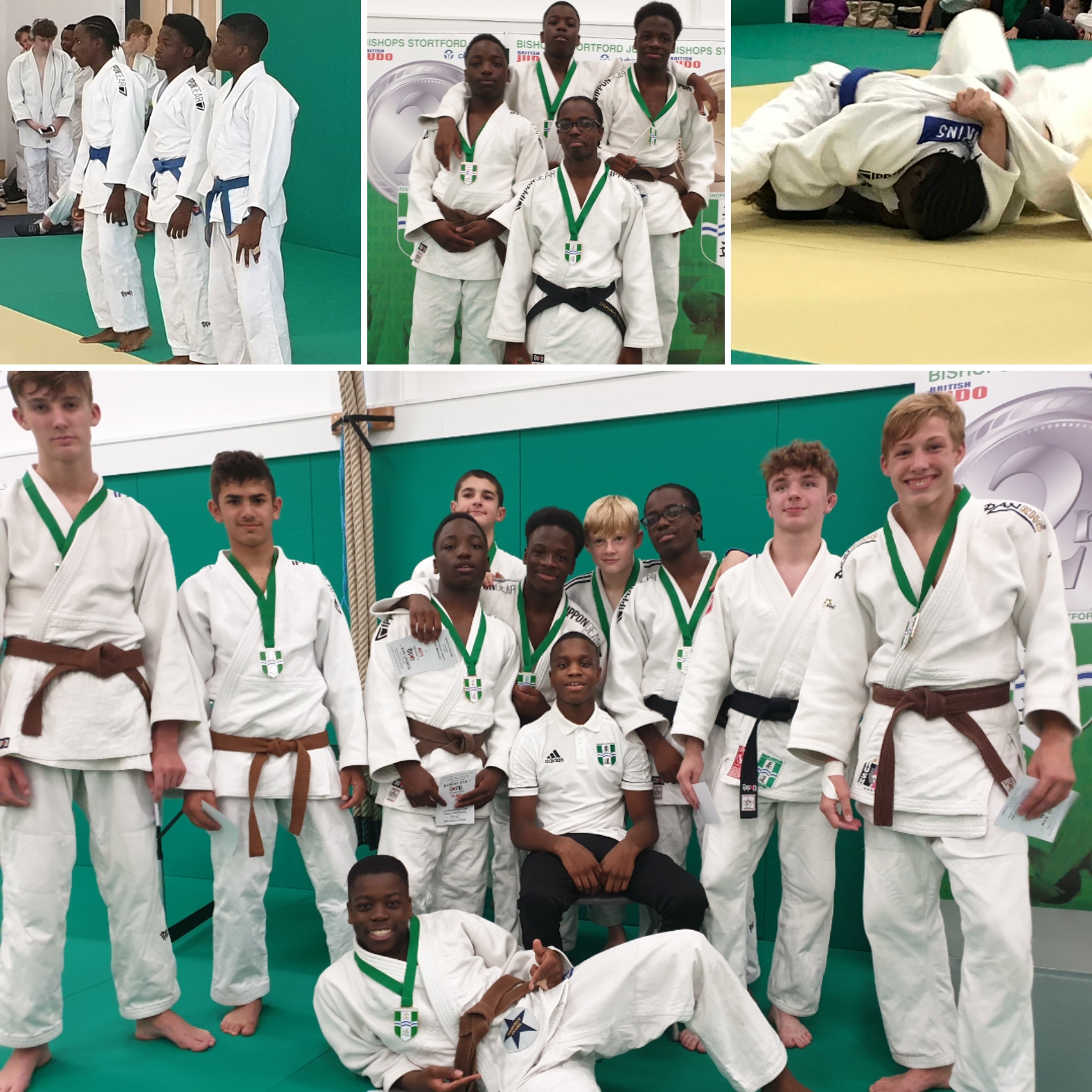 Moberly Stars at Harlow and the Bishop Stortford teams

Well done to the Moberly Stars that fought at Harlow Judo Club’s 40th anniversary Green belt and below competition on Saturday and at Bishop Stortford Teams at their new home at the Herts and Essex Sports centre on Sunday.
In Harlow, Eva won a fantastic gold beating Deborah in the final of the red belt section. Micayah also won a silver and there was also a well deserved bronze for Mohammad. In the yellow belt section, Mark had to battle hard to win a bronze in the u42k. Finally in the green and orange belt section Kristians won a bronze in the u50k. It was a tough day for Cian, Parnell and Kaden who all gained valuable experience.
On Sunday, Cadets Dinari, Kamal and Daniel won a dramatic gold in the Pre-cadet & Cadet Heavyweight team beating some great teams along the way. The Bishop Stortford team event is fast becoming a must attend event with a great vibe and spirit. Kyle also won a bronze in the combined Ealing and Moberly team, and Daniel won the last points to gain his Dan grade. It was also great to see Zack Morrison and we wish him continued great recovery.
#Moberlystars