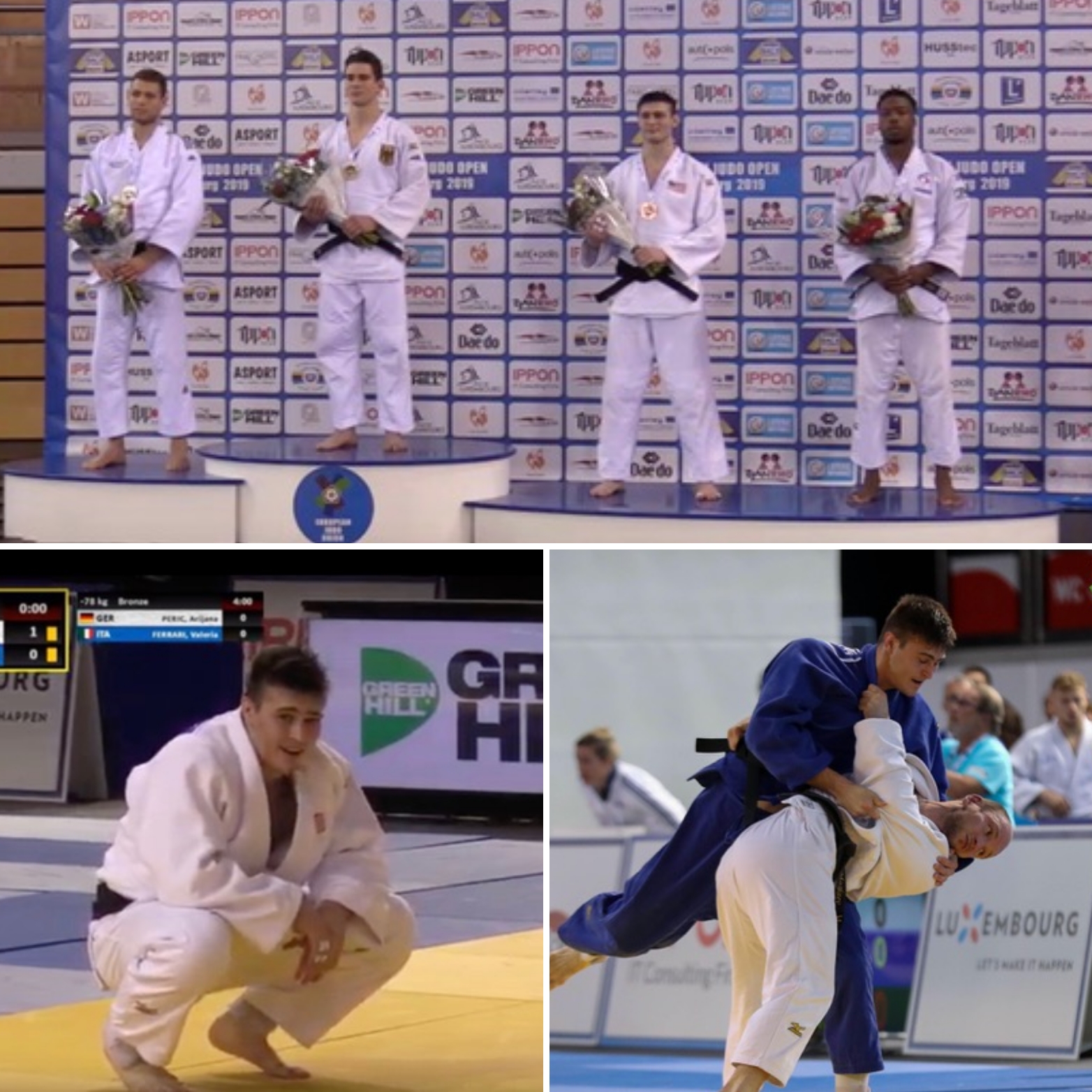 John was also in action, winning a fantastic bronze at the European Open Luxembourg.

He beat MAGKEYEV (FRA) in the first round. He followed this up with victory over PETR (CZE). A quarter-final loss to PETERSILKA (GER), meant John had to win two contests for the bronze.

He then beat NGAYAP (FRA) and then finished with a hard fought victory over JOUBERT (FRA) to claim his second senior grand prix medal.

No Comments to "Moberly Star John at the European Open – Luxembourg"