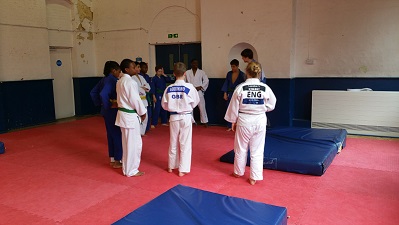 " Greatness lies not in being strong, but in the right use of strength. Henry Ward Beecher."

John won a bronze medal at the European Youth Olympics in 2013, and placed 5th at the European Cadet Championships also in 2013. John achieved is 1st Dan in March 2012 and his 2nd Dan in June 2014. John is now a current US international competitor.